You will find that throughout the Canaries, local inhabitants give the utmost importance to the environment and its preservation. In Lanzarote, great care and effort is put into everything related to the island’s natural assets and being conscious about their surroundings has become an integrated part of the lives of many people who live there.

Lanzaroteños are a highly environment-oriented people and are very proud of their origins and island. The volcanic history, the tight symbiosis with nature, the aridity of the land and climate have taught inhabitants how to make the most of what nature has given them.

After the last devastating eruptions, instead of giving up, local people developed ingenious cultivation methods (like the dry farming method called enarenado, where plants are grown in black granules of volcanic ash, known for its ability to absorb humidity) and established landscape protection measures in order to preserve and emphasise the unique natural wealth of their island.

The famous talents of artist and architect César Manrique have played a major role in the environmental consciousness Lanzarote demonstrates today. 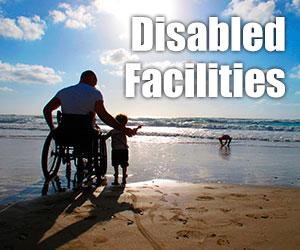 Having spent many years working abroad, he was shocked when he returned to Lanzarote in 1968 and saw the development that his native island had gone through. By then, he decided he would devote his life to the prevention of uncontrolled tourism growth. Working closely with the island’s council, he was able to set up autocratic guidelines that would preserve Lanzarote’s unspoiled charm. Among these important measures were prohibiting any kind of roadside hoardings or billboards in the streets, encouraging people to renovate their homes in a traditional way and make sure all new constructions were in keeping with the environment. Part of this was to ensure buildings were not too tall – Manrique’s wish was that there should be nothing higher than the tallest palm tree. He was rewarded for his commitment with the World Ecology and Tourism Award in 1978 and the Europa Nostra Award in 1986.

The extraordinarily high level of environmental culture among the locals, the presence of unique landscapes (such as the National Park of Timanfaya) and numerous spectacular natural sights that have been adapted for visitors were just some of the reasons Lanzarote earned this special status.

When touring the island, look around and take in all the efforts made for the preservation of Lanzarote’s landscapes and nature attractions. For example, throwing rubbish on the ground is considered a big offence and be conscious about your water consumption during your holiday on this unique island!