Lanzarote, the northernmost and – together with Fuerteventura – also the easternmost of the Canary Islands, is located only 77 miles (125 kilometres) from the African mainland. It is the fourth largest island of the archipelago and 140,000 people live there.

Lanzarote is a contrasting island of volcanic origin, with largely predominating lava fields. It has a long history of eruptions and is often referred to as the ‘Island of the 1,000 volcanoes’, yet it is actually the least mountainous Canarian Island. The highest mount is the volcano Peñas del Chache near Haría in the northern part of the island, which is 2,198 ft (670 metres) above sea level. Its interior is reminiscent of a lunar landscape, covered with massifs and plains, dotted with small craters and cones and amorphous eruptive rock formations.

Of all the islands in the archipelago, Lanzarote is the most dominated by its dormant volcanic power. The amazing landscape that we see today is partly a result of the massive Timanfaya eruptions between 1730 and 1736 – the longest lasting and most powerful periods of volcanic activity ever known.

Two thirds of the island, including almost the whole southern part, were devastated creating a blackened, lifeless malpaís (badlands) of cinders, ash and lava. Naturally, the surface area of the island increased as a result of lava flows running into the sea.

Lanzarote’s volcanic history dates back long before this though with some of the oldest sediments believed to be from 60 million years ago when there was movement deep in the ocean, which permitted the Canaries to arise. It was from these ancient eruptions that Lanzarote was formed. The last explosions, that lasted only two months, took place in 1824.

The landscapes of Lanzarote clearly demonstrate the usual volcanic process of a single major cone creating a number of smaller cones all around as outlets for gases and liquids. Lanzarote also boasts some fine examples of lava tubes – one at almost 5 miles (7.5 kilometres) is considered one of the longest in the world. There are also large caverns formed by gas explosions, some of which have collapsed. All these natural wonders make for an excellent trip while on holiday and Spain-Lanzarote highly recommends you check out the fantastic Cueva de los Verdes and Jameos del Agua.

Although some eruptions on the island occurred thousands of years ago, the extremely dry climate and the erosion caused by strong winds explain the fact that vast badlands areas are still devoid of almost any vegetation. 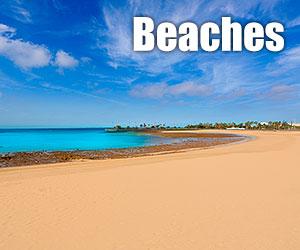 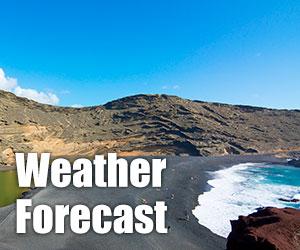 Lanzarote also comprises the Chinijo archipelago, which consists of La Graciosa and the islets of Montaña Clara, Alegranza, Roque del Este and Roque del Oeste. Together with Lanzarote’s north coast, this archipelago forms a Nature Reserve.

This remarkable island needs to be seen to be fully appreciated. It is a great holiday destination all year-round, thanks to its superb climate. The intriguing landscape is fantastic to explore, the beaches are beautiful, the waters are pristine and the hotels luxurious... what are you waiting for?