As with the other Canary Islands, Lanzarote’s early history is veiled in myth and mystery, especially because it is the oldest of the Canaries, with about 180 million years. Populated for at least 2000 years, according to recent archaeological discoveries, Lanzarote was originally inhabited by Berbers, a people from North Africa. Grazing, fishing and agriculture were the main forms of livelihood for these first inhabitants, who became known as ‘Majos’.

Greeks and Romans certainly knew of the existence of these islands, as proven by excavations in Lanzarote, where pieces of metal and glass were found. These artefacts, dated between the first and the fourth centuries, proved that Romans used to trade with the people of these islands, though there is no evidence they ever set foot there.

After the fall of the Roman Empire, the Canary Islands fell into oblivion for almost 1,000 years, to be then rediscovered in the early 14th century by Mediterranean sailors. In fact, it is widely believed that the name "Lanzarote" derives from Lanzarotto (or Lancelotto) Malocello, a Genoese sailor, who first moored on the island in the early 1300s. After this, Lanzarote was invaded several times by Europeans, who sought to conquer wealth and glory, by capturing natives to work as slaves in their countries.

Over the years, many expeditions headed to the Canaries, but the ultimate conquest began, in the early 15th century, under the fist of the Norman explorers Juan de Bethencourt and Gadifer de la Salle. Since Lanzarote was, at that time, an extremely depopulated island, natives were willing to sign a non-aggression and friendship pact with the invaders, receiving in return protection against pirates and slavers.

Later, Juan de Bethencourt named his nephew, Maciot de Bethencourt, the first governor of Lanzarote, and then returned to France. Maciot would then marry Princess Teguise of Lanzarote and found a town after her name.

But conquering Lanzarote – as well as Fuerteventura, La Gomera and El Hierro – was, actually, no great feat, since the small native population on these islands had already been decimated by the diseases introduced by the Europeans during the years of slave trading. So, to increase the local population, many slaves were taken from North Africa, and dromedaries were also brought to this island.

At the beginning of the Spanish conquest, the islands of the archipelago experienced different histories. While the bigger islands of Gran Canaria and Tenerife still rendered fierce resistance – it took almost a century until they finally surrendered to the Spanish crown – the process of exploration and colonisation of Lanzarote was already going strong. Soon, the first churches were built and the surviving Majos were forced to convert to Christianity. 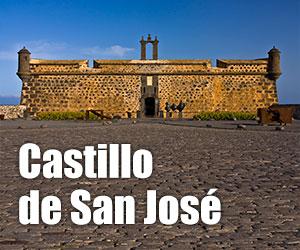 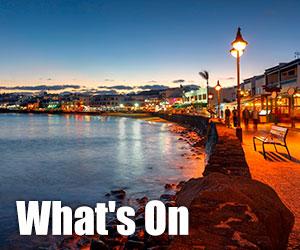