The People of Lanzarote

Long before the first European sailors arrived on the Canaries, all seven islands were inhabited by aboriginal people who are collectively referred to as Guanches (‘Guan’ meaning 'man' and ‘che’ ‘white mountain’ – referring to the snow-crowned Teide on Tenerife – in the native tongue).

However, strictly speaking, each island has a specific name for its early inhabitants and Guanches were the people of Tenerife, while the Majos were the people of Lanzarote, arriving on the island from Africa sometime between the 5th and the 1st Century B.C.

These natives lived in basic stone dwellings or caves, had some knowledge of pottery and lived on a staple diet of milk, fruit, pork meat, goat and gofio (a type of flour). It is believed they also fished and collected shellfish. They made clothing from rushes and leather and were believed to be strong, white-skinned people with blue eyes and fair hair.

What remains a mystery, however, is how these indigenous people came to arrive on Lanzarote. There is speculation that they were abandoned on the island by pirates or banished to Lanzarote by the Romans or Carthaginians. A widely accepted theory is that they built reed craft and drifted over from Africa.

In the centuries following the Spanish conquest, the islands of the Canary archipelago experienced different fortunes. Lanzarote, with no suitable harbour (in contrast to the harbours of Las Palmas de Gran Canaria and Santa Cruz de Tenerife) did not profit from the transatlantic traffic that had taken off after Columbus’ discovery of the New World in 1492. But instead, buccaneers from Spain’s enemies, such as Portugal, Britain and Holland, often targeted the island.

Deprived of their homes and fields after the devastating volcanic eruptions during the 18th and 19th Centuries, many islanders initially fled to the bigger islands of Gran Canaria and Tenerife to escape the fate of starvation. Later, many people left Lanzarote in search of a better life in Argentina, Paraguay, Venezuela, Mexico and Cuba. 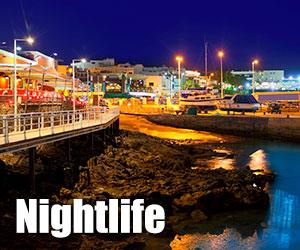 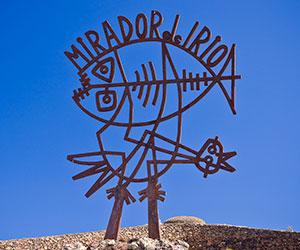 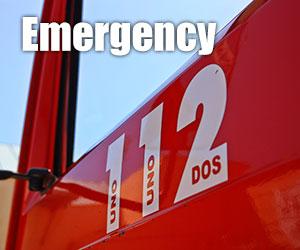 Today, Lanzarote has around 139,000 inhabitants, almost half of whom live in the capital Arrecife. This figure also includes a large number of foreign residents, mainly from Britain and Germany. Lanzaroteños are in majority descendants of Spanish colonisers. Generally, they are dark-haired and have an olive complexion.

With mixed feelings towards mainland Spaniards, the inhabitants of Lanzarote take much pride in considering themselves as Canarios rather than belonging to Spain.

Connected to a past poor in natural resources and rich in successful efforts of survival, the people of the Isla del Fuego (Fire Island) have always lived in tight symbiosis with their natural surroundings. This ‘brotherhood with nature’ can be felt in every part of the island. Generally, Lanzaroteños take much pride in their origins and their island. The intense care they bestowed in the preservation of the island’s landscapes is exemplary and it made them very environment-orientated people.

The majority of residents are Roman Catholics, who are very tradition-conscious. This can be witnessed on big religious feast days and particularly during the Semana Santa (Holy Week before Easter), when extensive celebrations take place everywhere.