Lanzarote’s highest peak, Peñas del Chache near Haría, is only 2,198ft (670 metres) above sea level. Compared with other islands of the Canarian archipelago, it is not very mountainous, with the landscape having very little change in altitude.

Certain factors determine what sort of plant life can exist here. There are many large areas covered in volcanic material and the arid climate, with little rainfall and no frost, has an effect on Lanzarote’s flora.

Surprisingly, despite these hostile conditions, Lanzarote has around 612 plant species, many of which are endemic to the Canary Islands and have great botanical value. Around twenty species are endemic to Lanzarote. What will strike you first is that you will not find many trees on the island, with the pleasant exception of hundreds of Canary Palms (Phoenix canariensis) thriving in the valley of Haría. The mythical Dragon Tree (Dracaena draco), which has a long history on other islands of the Canaries, can also be seen everywhere.

The most common plants to be found on Lanzarote’s vast malpaís, or badlands, are mosses (Bryophyta) and lichens, while the Canary Houseleek (Aeonium canariense) predominates in cracks and fissures.

In scrubland areas you can find various species of Spurges (Euphorbiaceae) – drought-resistant plants that produce a bitter, milky juice, such as the cactus-like Canary Island Spurge (Euphorbia canariensis) and the Euphorbia obtusifolia with greenish-yellowish flowers. 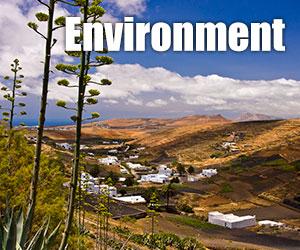 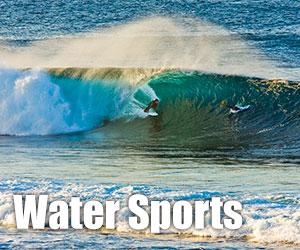 Near the coast, where – in addition to being drought-resistant – the plants have to be also salt-tolerant in order to survive, you will find Canary Sea lavender (Limonium tuberculatum), Sea-plantain (Plantago aschersonii) and the Zygophyllum fontanesii, known in Lanzarote as Uvilla.

Many of these interesting plants can be found on the Famara cliffs on the north coast, the La Corona malpaís (badlands) in the north-eastern part of the island and the Los Ajaches high plain in the southeast.

Hotel grounds, public parks and private gardens are abundant with many beautiful exotic plants and shrubs, mostly belonging to those species that were brought to the island from other parts of the world. Besides the all-present bird of paradise (strelitzia), you will find here brightly coloured bougainvilleas, geraniums, hibiscuses and some trees, such as jacaranda and mimosa – just to name some of them.