The Canary Islands have the perfect location – nestled in the Atlantic Ocean, south of Spain and off the coast of Africa. But, did you know there is actually a tiny little island, measuring just over one mile wide, off the coast of beautiful Lanzarote? Well, La Graciosa, the smallest inhabited landmass in the Canarian archipelago is waiting to be discovered!

While you are lapping up the Lanzarote sunshine, why not jump on a ferry and visit this quaint, unspoiled hidden gem? Ferries make the journey three or four times a day from Órzola harbour and take around 30 minutes to reach the gracious island.

Crossing the calm waters of El Río and docking at Caleta de Sebo, you will follow in the footsteps of French explorer Jean de Béthencourt, who conquered Lanzarote in the early 1400s. Most of the islanders live in pretty little houses in this area, which is also home to a few restaurants and cafés, two supermarkets, a bank and a post office. The rest of the residents live in another settlement further along the coast called Casas de Pedro Barba.

The basic facilities of La Graciosa are part of its charm. With no hotels, visitors pop over for a day from the comfort of their luxury hotels in Lanzarote.

Probably one of the most appealing features of this island is that there are no roads as such, only dirt or sand tracks. This is a paradise for walkers – on a footpath following the coastline, it is possible to walk round the island in a day. Mountain bikes are available for hire from the harbour and island safari trips are also on offer. 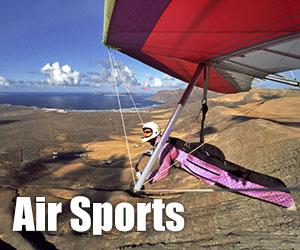 La Graciosa is blessed with plenty of long, deserted beaches of golden sand dunes, of which the most beautiful is Playa de las Conchas on the north-western shore. It takes about 90 minutes to get there on foot. From here, you enjoy good views of the uninhabited smaller islands of Montaña Clara, Roque del Este and Alegranza – all belonging to the Chinijo archipelago. These islands can be reached by fishing boats, but landing is not allowed, as they also form part of the 'National Nature Reserve of the Northern Islets', home to several endangered bird species. These islets are a paradise for rabbits and partridges.

Away from the shore, the scenery consists largely of dunes, volcanic terrain, with some low shrubs and unique succulents managing to survive on this barren land as well as the cones of four extinct volcanoes.

La Graciosa… a true escape into a world of relaxation and perfect tranquillity!